To produce God conscious and practicing individuals who are able to defend Islam and it’s principles.

To reinforce the tenants of Islam and get students to fully adhere to them in the real sense of the word.

Between 1998-2002 Haidery madressa was headed by brother Sajjadali Roshanali with a total of around 120 students and 15 teachers.
It was conducted 5 days a week. Monday, Wednesday, Friday, Saturday & Sunday
The Stanmore syllabus, (Madressa.net) was being implemented at the time and memorization of the verses of the holy Qur’an was introduced.
There was a gap for a few years when the madressa structure broke down and was run haphazardly by a few members of the jamaat.
In 2006 sister Salma Roshanali restructured it and ran it for a year with 60 students present.
After another long gap it was restarted by sister Shelina Roshanali and sister Zainab Habib in 2013 with 4 nursery age children and since then the number of students has increased to what it is now, a fully organized and structured establishment with 29 students across 5 classes with 9 teachers and assistants.
Within this period madressa organized two local Qur’an, Dua and Ziyarat competitions. Quds days were commemorated during the holy months of Ramadhan and other specific events were held at Wiladat & Shahadat nights. We had also planned a special day whereby orphans were invited to our premises for a day of fun and games, lunch was provided, after which the kids returned home with a handful of gifts and smiles.

Success:
Madressa students started Recitation of Nawha , Marashia , Qur’an, Duas, & Munajat at Jamat events.
December 2020:
Madressa Students performed a Drama of Bibi Mariam and Prophet Isa on Christmas day at a local Christian school which got a lot of credits.

January 2022:
Madressa introduced a health initiative by introducing weekly basketball games for both teachers and students, with male and female members on separate days.

We want to develop our madressa system to be on par with other Islamic institutions.
We are planning to add more short courses where the children can benefit in other areas of learning.
We also wish to introduce a variety of sports and games.

Time management and punctuality is our biggest challenge at present. 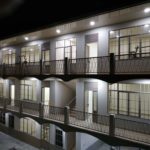